The Eleventh Circuit Court of Appeals on Friday, in an en banc decision, rejected the challenge to Alabama’s minimum wage and employment benefits preemption law. The seven-judge majority held that the federal court does not have jurisdiction to hear the case because the plaintiffs did not have standing to bring it.  Because of this holding, the court did not address the substance of the plaintiffs’ legal claims. Five judges dissented. 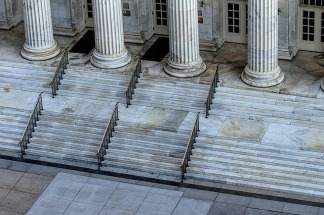 This litigation has been wending through the Alabama federal courts for nearly four years. In February, 2016, Alabama enacted the Uniform Minimum Wage and Right-to-Work Act (HB 174), which prohibited local governments from requiring employers to provide employees with wages or benefits, including paid or unpaid leave, not required by state or federal law. This law negated a City of Birmingham ordinance increasing the minimum wage.

Plaintiffs—several individuals plus Alabama NAACP, Greater Birmingham Ministries, the Alabama Legislative Black Caucus, and African-American members of the Alabama House of Representatives and Senate–claimed that HB 174 was motivated by “racial animus” and brought various race-based challenges to the Act. In February 2017, a federal court judge rejected all of the plaintiffs’ claims. In July 2018, a three-judge panel of the Eleventh Circuit affirmed the dismissal of all claims except the “equal protection” constitutional claim. When the Eleventh Circuit agreed to hear the case en banc, it vacated the panel’s opinion.

While the plaintiffs may ask the Supreme Court of the United States to hear an appeal, for the time being, I have included Alabama on my list of states that preempt local jurisdictions from enacting any ordinance requiring employers to provide employees leave, whether paid or unpaid. Marnika Lewis v.  State of Alabama et al. (11th Cir. Case No.17-11009).

The County ordinance has the typical PSL architecture less the list of approved uses. Employees accrue PSL at the rate of one hour for every 32 hours worked to a maximum of 56 hours annually. At the meeting last night, the Commissioners agreed to phase into that 56 hour cap, according to the ABQ Journal. The maximum accrual in the first year of implementation is 24 hours; 40 hours in the second year; and 56 hours in the third year.

With Maine, Nevada and now Bernalillo County having passed  “any reason” leave laws, we may be seeing the end of PSL laws as we have known them and are evolving to what I will call PSL 2.0 laws, which are structurally similar to a PSL law less the limitations on the use of accrued time.

One month ago, writing about the recently-enacted Maine leave law, I urged readers to watch for “bills to amend PSL laws to delete the often lengthy and specific ‘allowed uses’ provision and replace it with two words: any reason.” The Bernalillo County (NM) Board of Commissioners last night took the first step down that road. The Board voted to table the proposed sick leave ordinance to consider an amendment that would delete the limits on the use of accrued time, transforming the PSL law to an “any reason” ordinance. 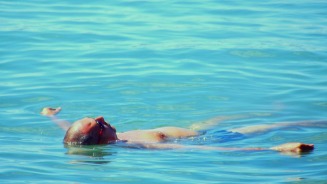 With Maine and Nevada recently having passed  “leave for any reason” laws and the Bernalillo County Commissioners action last night, we may be seeing the end of PSL laws as we have known them and are evolving to what I will call PSL 2.0 laws, which are structurally similar to a PSL law less the limitations on the use of accrued time.

While Maine may have been the first state to pass a paid “any reason” leave law, Nevada was a close second. Just a few weeks after the Maine bill was signed, Nevada Governor Steve Sisolak yesterday signed a bill requiring private sector employers with at least 50 employees to allow employees to accrue paid leave which may be used for any reason. The Nevada law is effective January 1, 2020. 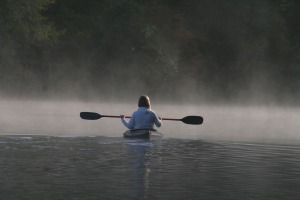 The architecture of the Nevada law is similar to that of a typical PSL law minus the definitions related to appropriate use (e.g., family member). Employees accrue .01923 hours of paid leave for each hour of work performed, which amounts to approximately 40 hours annually for an employee who works 40 hours weekly. An employer may limit an employee’s use of paid leave to 40 hours annually. Employees may carryover up to 40 hours of unused paid leave. An employer may choose to front load the leave or use the accrual method. Employers can require employees to use leave in a minimum of four-hour increments and must provide employees an accounting of available paid leave each payday.  The law is here.

Temporary, seasonal and on-call employees are not entitled to accrue paid leave. In addition–and this is the provision I suspect many Silver State employers will focus on initially–the law does not apply to an employer who “pursuant to a contract, policy, or collective bargaining agreement, or other agreement, provides employees with a policy for paid leave or a policy for paid time off to all scheduled employees” at the same accrual rate in the law.

That a second state has enacted a PTO mandate suggests that this approach might be the next step in the evolution of PSL laws. A bill is also pending in New York City to require employers to provide employees with paid vacation in addition to the already required paid sick and safe time.

On Monday, Maine Governor Janet Mills signed the Earned Paid Leave Law. While some media describe the law as a PSL law (see, for example, here and here), it is not a PSL law. As noted in my post last week, earned paid leave under this law can be used for any reason. Unlike all other PSL laws, it does not itemize the reasons for which accrued leave can be used.
To use accrued leave, an employee who works for a covered employer (more than 10 employees for more than 120 days in a calendar year), absent an emergency, must give “reasonable notice” of the intent to use earned leave and must schedule that leave time “to prevent undue hardship on the employer as reasonably determined by the employer.” The law takes effect on January 1, 2021.
The Maine law also preempts any political subdivision from enacting an ordinance or other rule regulating earned paid leave. Last month, the City Council in Portland, ME narrowly defeated a traditional PSL bill.

Like the mission of the Starship Enterprise into the unknown, the Maine paid leave law boldly goes where no leave law has gone before by requiring employers to allow employees to accrue paid time off which may be used for any reason. If Democratic Governor Janet Mills, who supports the law, signs the Maine Earned Paid Leave Law or simply does not act on it, the law will be enacted within days. It applies to employers with at least ten employees and is effective on January 1, 2021.  For reasons that are unclear to me, employees covered by a collective bargaining agreement are not entitled to leave under this law “during the period between January 1, 2021 and the expiration of the agreement,” which could be years after non-represented employees are receiving leave under the law. 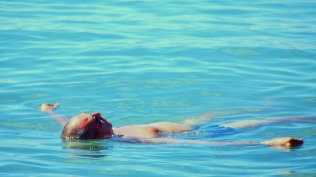 Because of its “any reason” provision, the law is not technically a paid sick and safe leave law, though I will include it in my list of PSL resources.  It is a PTO law which, I suspect, will have covered Maine employers revisiting their PTO policies.

While Maine may be first to enact an “any reason” earned leave  law, it was not the first to consider such a law. In 2017, Maryland Governor Hogan, faced with pressure to enact a PSL bill, proposed the Commonsense Paid Leave Act, which would have allowed employees to accrue paid time off that could be used for any reason.  The legislature rejected the Commonsense approach and passed a PSL bill instead. Earlier this year, Presidential candidate NYC Mayor Bill de Blasio proposed legislation to make NYC the first city in the nation to require employers to provide employees paid vacation.

For those concerned that the Maine law might open yet another patchwork in the paid leave mosaic, you are spot-on. One need not look too deeply into one’s crystal ball to see a list of municipalities and perhaps even a few states that will be eager to follow Maine’s lead.  Watch for bills to amend PSL laws to delete the often lengthy and specific “allowed uses” provision and replace it with two words: “any reason.”

When you come to a fork in the road, take it, said the immortal philosopher Yogi Berra. The Maryland General Assembly is at a fork in the road that could lead to  Maryland’s becoming the ninth state to enact a paid sick leave law. 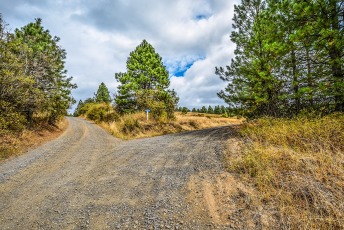 One fork is the veto road. The General Assembly could try to override Governor Larry Hogan’s veto of the Maryland Healthy Working Families Act , which the legislature had passed in May. That bill would have required employers with 15 or more employees to allow employees to accrue up to forty hours of earned paid sick and safe leave annually at the rate of one hour of leave for each thirty hours worked. Each chamber of the General Assembly had passed the bill with enough votes to override a veto, but barely so.

In enacting its own bill last Spring, the General Assembly rejected the governor’s proposed bill, the The Common Sense Paid Leave Act,. That bill would have required employers with 50 or more employees to provide employees up to forty hours of leave which employees may use for any reason.

The General Assembly will be at the fork in the paid sick leave road when it convenes in January. If it wants the state to be the ninth to enact a paid sick leave law, it must decide which road to take. Otherwise, to paraphrase the philosopher Berra, if they don’t know where they are going, they might end up someplace else.

New York City last week amended its Earned Sick Time Act to allow employees to use accrued time for reasons related to domestic violence. The amendment states that an employee can use accrued safe and sick time for a variety of itemized activities when the employee or a family member has been a victim of a family offense matter, human trafficking, sexual offense or stalking, and adds definitions of each of these terms.  The amendment renames the bill the New York City Safe and Sick Time Law. It is effective  May 7, 2018, which is six months from the day the Mayor signed the bill. 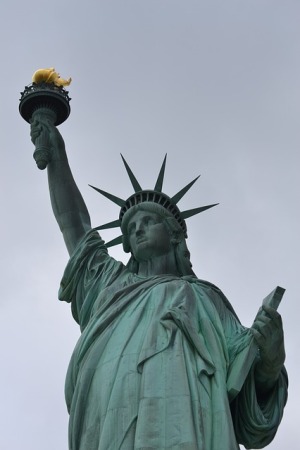 The amendment caused me to revisit a provision of the NYC law which I have always considered to be an irksome PSL non-sequitur. Section 20-916 allows employers and unions to agree to “expressly” waive all of the provisions of the safe and sick time law as long as the labor contract “provides for a comparable benefit.” “[H]oliday and Sunday time pay at premium rates” is one of the listed examples of a “comparable benefit.”

Where such a wavier exists and the labor contract includes premium pay on holidays and Sundays, bargaining unit employees must still decide between a paycheck and caring for a sick child, and now, between a paycheck and the employee’s or family member’s own safety. Some employers are not even open on holidays or Sundays. Even with those that are, the law does note require that all employees be offered the opportunity to work, i.e., earn premium pay, on any of those days.

“I don’t have any sick or safe time but I have premium time on a holiday and Sundays” seems like a non-sequitur to me.  It reminds me of a conversation between Alice and the Hatter in Alice’s Adventures in Wonderland:

“You should learn not to make personal remarks,” Alice said with some severity. “It’s very rude.” The Hatter opened his eyes very wide on hearing this; but all he said was, “Why is a raven like a writing-desk?”

I have posted this entreaty about PSL waivers before (see here and here): Help me understand.