The Railroad Unemployment Insurance Act (RUIA) preempts the Massachusetts Earned Sick Time Law (MESTL) in its entirety as it applies to interstate rail carriers, according to a recent decision by a Massachusetts federal district court.

In  2015, a railroad sued the Massachusetts Attorney General, arguing that the MESTL was preempted by three laws as it applied to interstate rail carriers: the RUIA, the Railway Labor Act and ERISA.  The parties agreed that the court would address the RUIA argument initially.  In 2016, the federal district court agreed that “RUIA preempt[s] all state laws, including the [Earned Sick Time Law] that relate to sickness benefits for railroad workers.” CSX Transportation, Inc. v. Healey (D. MA, July 13, 2016). 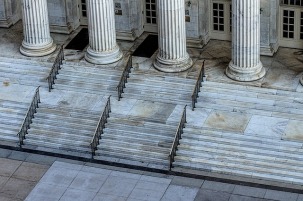 On appeal, the First Circuit held that the MESTL provision dealing with benefits for an employee’s own medical condition was preempted by the RUIA but remanded the case to have the district court decide whether any other sections of MESTL were preempted by the RUIA or the Railway Labor Act or ERISA and whether any sections of the MESTL can survive as applied to interstate rail carriers. CSX Transp. v. Healey, 861 F.3d 276, 284 (1st Cir. 2017).

On remand, the district court concluded once again that “Congress intended RUIA to serve as the ‘exclusive’ source of all sickness benefits for railroad employees and to preclude the employees from claiming rights to sickness benefits under any state sickness law.”  The fact that MESTL allows time off for reasons other than the employee’s own sickness does not change the result, the court said. “In short, the breadth of the state law does not save it from RUIA preemption. Such a reading would allow a state to legislate creatively around the RUIA and thereby thwart the objective of Congress to create a uniform federal scheme of sickness benefits for railroad workers.”

Similar preemption challenges brought by an airline industry group to the Washington and Massachusetts PSL laws are pending.