Skip to content
HomeADA or FMLA: In Whose Domain is the Short Term Absence?

Of that small cadre in the leave management community that derive pleasure in following the development of Inflexible leave law, I suspect at least a few have lost sleep wondering about the recent Severson decision’s impact on the Verizon ADA issue. I know at least one that has. (See my earlier posts about the Severson decision here and here).

The Seventh Circuit said in Severson that “long-term medical leave is the domain of the FMLA,” not the ADA. But in which law’s domain is the occasional “day here, day there” absence?

Which brings the Verizon ADA issue front and center. In 2011, Verizon paid $20 million to settle an EEOC lawsuit claiming that “Verizon violated the ADA by refusing to make exceptions to its ‘no fault’ attendance plans to accommodate employees with disabilities,” according to the EEOC’s press release. Under its plan, Verizon imposed progressive discipline based on “chargeable” absences. The settlement required that the plan state that “excusal of an absence as “nonchargeable” may be considered a reasonable accommodation under the ADA.” 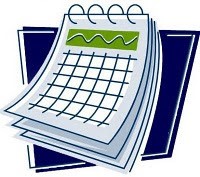 Since FMLA may be taken intermittently or on a reduced schedule, the Severson court’s statement that the FMLA provides a medical leave entitlement while the ADA does not suggests that all absences–including those that were the subject of the EEOC’s Verizon lawsuit–are within the FMLA’s bailiwick.

However, in dicta, the Severson court said that “a brief period of leave to deal with a medical condition could be a reasonable accommodation in some circumstances.”  “Intermittent time off or a short leave of absence—say a couple of days or even a couple of weeks—may, in appropriate circumstances, be analogous to a part-time or modified work schedule,” which are possible accommodations listed in the ADA, the court said. This language suggests that intermittent or reduced schedule absences could be within the ADA’s bailiwick as well.

I suspect the Supreme Court of the United States, eventually, will weigh in and tell us which law is the domain of employee absences, whether they be short term or long term absences.