What words aptly describe the fiasco wrought by Cook County’s enacting its Earned Sick Leave and minimum wage ordinances last fall?  Though the State’s Attorney concluded that the County Commissioners “lacked the home rule authority” to enact such ordinances, the Commissioners were undeterred.

Now, more than 75% of the County’s political subdivisions have exercised their home rule prerogative to not comply with, or “opt out” of, the County ordinances.

Those searching for words to describe the situation may get some ideas by reading the recent memorandum from the Skokie Corporation Counsel to the Skokie Mayor and Board of Trustees, available here. Today, Skokie will discuss whether to “opt out” of the County’s PSL and minimum wage ordinances.  Some of the Corporation Counsel’s descriptive observations are below. I have added the italics.

What will ultimately become of this untenable, disparate patchwork of leave standards and hodge-podge of regulation that has created this chaotic predicament is unclear. What is clear is that it is an overstatement to call the law the Cook County Earned Sick Leave Ordinance 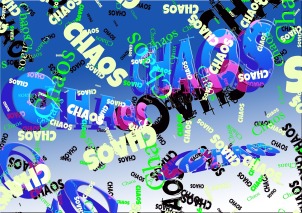 Meanwhile, adding to the patchwork, the hodge-podge and the chaos relating to this untenable PSL ordinance, more nix. Here are my most recent additions to my list, which now has 98 entries: Blue Island, Broadview, Flossmoor; Franklin Park, Glenwood, Hometown, Matteson, Merrionette Park, Park Forest and Roselle.  I suspect we will surpass 100!