Recall my post that a Linn County judge in December 2016 agreed with nine Oregon counties-plaintiffs that Oregon’s Paid Sick Leave Law is an unfunded liability.  The Oregon Constitution states that a county need not comply with a state unfunded liability if the county must spend more than one hundredth of one percent of its budget on the unfunded program. 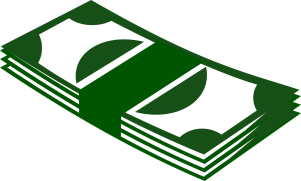 The plaintiff-counties claimed that their costs for compliance with the Oregon PSL law exceed the .01% threshold.  For example, Linn County had claimed that it must spend more than $41,000 on the program, substantially more than the $14,000 which is .01% of its budget.

The judge ruled earlier this year that since an expert retained by the State will testify that each of the counties need not spend .01% of their respective budgets on the law, the .01% issue must be resolved at trial. A bench trial is scheduled for July 19, 2017.

Based on a report of the oral argument on the financial threshold issue last December, the judge seemed to be interested in whether allowing employees to accrue paid sick leave is an absolute obligation or a “contingent obligation” since some employees may never work long enough to become eligible for sick time and those that do may use some, none, or all of the accrued time.

This case affects the plaintiff-counties, as employers. It does not affect private employers within Oregon or other Oregon counties.