Skip to content
HomeBusiness-Plaintiffs Win Some, Lose Some in Effort to Enjoin Minneapolis Paid Sick and Safe Time Law

A cadre of business interests which sought to enjoin enforcement of the Minneapolis Sick and Safe Time Ordinance won half a loaf last week. A Hennepin County District Court judge declined to enjoin the Ordinance with regard to businesses within the geographic boundaries of Minneapolis but enjoined its enforcement with regard to businesses outside those boundaries.

Judge Mel I. Dickstein’s decision deals only with the injunction request, not the merits of the claims. The judge said he will schedule a hearing on the merits before July 1, 2017, the effective date of the Ordinance.

The plaintiffs had argued that state law preempted the field which included employer-provided sick and safe leave and that, as a result, Minneapolis did not have the authority to enact the Ordinance. They also argued that the Ordinance conflicted with state law. The judge rejected both arguments. 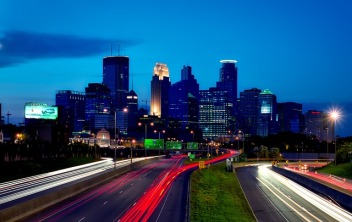 The plaintiffs had also argued that the Ordinance was invalid because of its extraterritorial reach. The Ordinance defines “employee” as one who works in Minneapolis for at least eight (80) hours in a year. Through this “long-arm” provision, any employer in the world who sends an employee to Minneapolis for as few as 80 hours per year must comply with the Ordinance. In enjoining enforcement with regard to these “extraterritorial” employers, Judge Dickstein noted that Minneapolis “is not free to impose its public policy initiative on companies beyond its territorial jurisdiction.”

This litigation, no doubt, is being watched closely by two other Minnesota cities. St. Paul’s sick and safe time ordinance has the same long-arm “employee” definition as Minneapolis. Duluth has a task force working on a recommendation concerning a safe and sick law.

2 thoughts on “Business-Plaintiffs Win Some, Lose Some in Effort to Enjoin Minneapolis Paid Sick and Safe Time Law”