Can we talk? I mean can we really talk about paid sick leave? As we embark on 2017, let’s step back and look at the PSL muddle that has been wrought. Rube Goldberg could not devise such a complicated scheme. Let’s review:

Seven states and D.C. have enacted PSL laws. A legal challenge to Arizona’s law is pending. Arizona won the first round. In Oregon, nine counties as employers sued, arguing that the state law is an unconstitutional unfunded mandate and they need not comply. They won the first round.

Fifteen states have banned their political subdivisions from enacting a PSL ordinance. Alabama passed its law to nullify Birmingham’s ordinance increasing its minimum wage. Among the legal challenges to the Alabama law is that it is tainted with racial animus and violates the federal Voting Rights Act.

Two counties have PSL laws. Cook County, Illinois enacted its law despite the Cook County State’s Attorney’s advice that it had no authority to do so and that municipalities within the county could opt out of complying with it. Three have already done so. In Maryland, the governor has announced that he will have a PSL law introduced this legislative session. Montgomery County, Maryland is concerned that Maryland’s law would negate its county law. A preemption battle looms.

In Pittsburgh and Minneapolis, business groups challenged the PSL ordinance, arguing that the city did not have authority to enact it. In Pittsburgh, the court struck down the PSL ordinance; an appeal is pending. The Minneapolis lawsuit is pending, no doubt being watched closely by St. Paul, which also enacted a PSL ordinance, and Duluth, which has a task force charged with making a PSL recommendation to the City Council. A referendum in Albuquerque was stricken from the ballot because the seven page text of the ordinance could not fit on the one page ballot.

Federal regulations requiring certain government contractors to provide certain employees with PSL were implemented recently.  With a new administration in Washington in a few weeks, the plight of those regulations is uncertain.

All of the PSL laws differ. While they have a similar structure, they vary in significant ways. For example, each allows employees to use accrued time for medical issues relating to a “family member.”  The definition of that term ranges from parent, child and spouse, to those who are not and haven never been a family member but may be akin to a family member or someone, anyone, an employee names annually.

All of the PSL laws overlap, someway, somehow, and to some degree with a myriad of other laws that deal with workplace absences such as the Americans with Disabilities Act, the Family and Medical Leave Act, their state law equivalents, pregnancy accommodation laws, workers compensation laws and more.

Can PSL get any more complicated? You bet it can. Additional PSL laws w 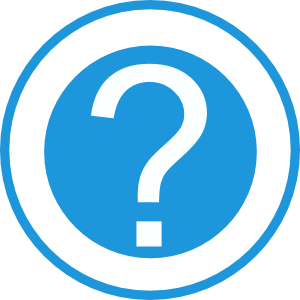 ill be passed in 2017.  Maryland, Albuquerque and Duluth (depending on the outcome of the Minneapolis litigation) are likely to come on board, and there
will be others.

Albert Einstein said “[e]verything should be made as simple as possible, but no simpler.” The PSL muddle passed “as simple as possible” a long, long time ago. We are now solidly entrenched in Rube Goldberg territory. All part of life’s rich pageant.